Do sustainability standards impact the livelihoods of Indonesian coffee-growing households?

By Jeffrey Neilson, Senior Lecturer and Programme Coordinator at The University of Sydney

An international team of researchers, led by Jeff Neilson and Russell Toth from the University of Sydney, have been studying the impacts of sustainability standards on coffee smallholder livelihoods in the Sumatra highlands over a five-year period from 2014 until 2019. The research has used an innovative mixed-methods approach that includes rigorous quantitative analysis of panel data from 1589 households over three survey rounds (2015, 2017, and 2019). This includes use of a “control group” to serve as a counterfactual for what would have happened in program households in absence of the program. This has been combined with detailed ethnographic studies, a soil sampling survey, and an attitudinal survey of a further 550 households across five 4C production units.

While the final survey round is currently in progress and data has yet to fully analysed, the research is already generating interesting and surprising results.

Coffee-growing households living in the Semendo region, located some ten hours by road from the main port of Bandar Lampung, were invited by an international trader to join a 4C (Common Code for the Coffee Community) production unit in 2013. No major sustainability programs or coffee development activities had been previously undertaken in the region and yields were low by international standards (at around 350kg/ha). Coffee, however, has been grown in these uplands for more than a hundred years, and was managed as part of a low-input, swidden-fallow system of cropping. It was well-integrated as the primary cash crop within longstanding livelihood strategies alongside a primary focus on subsistence rice production.

A farmer training centre was established with support from a global coffee roaster and farmer groups were offered training on agronomic, environmental, social, quality, financial and health matters. Farms were subsequently certified against the 4C Standard, with some also receiving Rainforest Alliance certification. The company initially operated a local buying station to absorb certified product, but this had ceased operating by 2017.

By 2017, the research had found positive impacts on household income for 4C-participating households, but these have not occurred as a result of expected impact pathways. The research has not found significant impacts on coffee yields and coffee income was only marginally higher for 4C-participating households. Farm-gate prices paid for coffee were moderately higher but this was not related to a certification premium due to closure of the buying station. Instead, price improvements resulted from 4C-participating farmers being both more likely to sell coffee through strengthened farmer groups and significantly more likely to be implementing improved quality practices.

Despite incurring significantly higher costs for coffee-related inputs and applying more of their own labour, this was not reflected in higher coffee yields. Neither did 4C-participating households express greater optimism towards the prospects for coffee-growing in the next five years. 4C-participating households spent significantly more time working on both coffee and non-coffee activities and, perhaps as a consequence, they scored lower on a subjective assessment of their own well-being. Coffee intensification seems ill-suited to prevailing livelihood strategies in Semendo.

Higher average household incomes (and a 10 percent lower propensity to be living in poverty) were identified amongst 4C-participating households compared to the control. Somewhat surprisingly, however, this was driven by much higher non-agriculture related income, including remittances from family members working elsewhere. It appears that program participation helped develop the social capital of households. While attendance at farmer group meetings had declined in the control group between 2015 and 2017, it had increased amongst 4C households (32% higher than the control). As a result, households seem better able to access information regarding income-generating opportunities more broadly. This highlights the indirect benefits that may accrue to households as a result of program participation, which are not always captured in existing theories of change.

4C-participating households scored significantly higher than the control group with regards to their reported compliance to labour practices and an index of conservation practices, although their performance with respect to integrated pest management practices, waste disposal and compliance with banned chemicals was not improved. Soil scientists from the Indonesian Coffee and Cocoa Research Institute (ICCRI) undertook a blinded field assessment on a subset of 4C and non-4C farms, and found higher densities of shade trees and deeper organic layers, but also higher rates of erosion, on 4C farms. This soil survey is being repeated in 2019.

Across southern Sumatra, where introduction of sustainability standards is a strongly exporter-driven process, standards have performed a pivotal role in triggering the upstream engagement with farmers by coffee trading firms and roasters. This engagement was associated with the establishment of farmer training centres, institutional strengthening and enhanced knowledge dissemination. New knowledge-dense social networks linked to international coffee firms have consequently been created as a result of sustainability standards. However, the attitudinal study also found a high degree of variability in the depth and quality of training provided to farmers by different firms despite all obtaining 4C certification.

Overall, the study is finding positive livelihood impacts in some areas, but the impact is not transformational. In this Sumatran context, rural households look to coffee as a crop that can enhance livelihood resilience but one that does not necessarily offer a pathway out of poverty. Moreover, livelihood resilience is often achieved by applying less-intensive practices in swidden-type systems, while wealth accumulation is sought off-farm.

This research has several implications for the future of sustainability standards. Firstly, more caution is required when making bold claims about the transformational impact on rural livelihoods. Secondly, we need to broaden our gaze beyond existing theories of change that expect livelihood improvements to occur through the target crop. Thirdly, service-delivery   mechanisms within standards need to be strengthened to ensure that certified households receive locally-relevant information and services. Finally, more effort is required to understand interactions between standards and broader processes of social and environmental change occurring at the landscape scale.

The study continues and final results are anticipated in 2020. 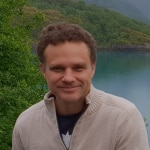