Making sense of the evidence base on organic agriculture

According to the latest figures, organic agriculture is active in 186 countries – that’s 95% of the world’s countries – with 2.8 million producers practicing organic cultivation on an estimated 71.5 million hectares globally (FiBL and IFOAM, 2020). The global organic market is currently valued at an estimated 96.7 billion euros (from 15.1 billion in 2000), which indicates consumer preference for organic products and the premium that these products command.

Although organic cultivation is spreading far and wide and organic products are gaining traction with health-conscious consumers, the trade-offs involved in shifting from conventional to organic production are less understood. Fortunately, a critical mass of field studies and evaluations on the performance of organic farming means there is a strong body of evidence to learn from. Evidensia now houses a collection of key literature to help understand the difference that organic agriculture makes on key sustainability metrics. The collection includes six systematic reviews, two review articles that synthesise learning from these reviews, one modelling study on the potential impacts of organic farming using a food system model, and the latest data on the state of organic markets and production worldwide (Note: full texts are available only for some papers on Evidensia).

What do these reviews tell us about the difference that organic farming makes in comparison to conventional farming?

Much of the debate around the merits of organic agriculture has centred around how it performs on the question of yield. One of the earliest systematic meta analyses of yield differences between organic and conventional agriculture (synthesising results from 66 studies and 316 organic-conventional yield comparisons) concluded that organic yields are typically lower than conventional yields.

However, the review emphasised that the performance of organic agriculture was highly context-specific. Yield differences ranged from 5% less to a possible 34% less depending on crop type, climatic conditions and quality of implementation of organic practices. It also concluded that for certain crop types, under specific climatic conditions and with best management practices, organic yields could match conventional yields.

A systematic review published two years later with a significantly larger dataset (results from 115 studies and 1071 organic-conventional yield comparisons) concluded that on average, the yield gap between organic and conventional farming was 19.2%, a much lower figure than previous reviews estimated. Importantly, it found that two management practices did make a difference to the yield performance of organic farming: multi-cropping and crop rotation. In such cases, the yield difference between organic and conventional could come down to a 8-5% range from the average.

In relation to environmental outcomes, where one would expect organic to score higher, a 2013 review found that organic farming increased species richness by an average 30% and that this effect intensified in more intensely farmed regions.

But what are the merits of organic farming if one looks at a wider range of economic, social and environmental indicators and importantly, the interplay between them?

Such an analysis might provide a better sense of the trade-offs involved in comparing the performance of organic and conventional agriculture. A 2019 global meta-analysis does just this by assessing the differences between organic and conventional farming systems on seven sustainability parameters – biotic abundance, biotic richness, soil organic carbon, soil carbon stocks, crop yield, total production costs and profitability. It provides three important conclusions that we note here.

First, the study concludes that in line with previous reviews on yield performance, conventional systems have high yields and less yield variability indicating a possible ‘win-win’ situation if we consider production parameters alone. Organic farming does not have instant solutions to pest attacks or nutritional deficiencies arising from climate variations unlike in conventional systems that can respond instantly with chemical pesticides or fertilizers, resulting in higher yield variability.

Secondly, in line with expectations, it concludes that organic systems promote biotic abundance, biotic richness and soil carbon stocks as they restrict the use of agro-chemicals that may result in environmental damage to soil, biodiversity and have adverse health implications for farming communities.

Thirdly, the study found that despite lower yields, organic systems had about the same costs of production as conventional systems and were more profitable on account of organic premiums. It also found that the variability in costs of production and profitability were similar in both systems signifying that the higher premiums received by organic producers made good any losses on account of fluctuations in crop prices and yields.

All-in-all, the evidence suggests that organic agriculture does a better job of balancing across a range of sustainability metrics than its conventional counterpart and might be a better production option in the long-run.

However, leading organic researchers are the first to say that solving the world’s food needs or meeting planetary food and conservation targets need a combination of strategies of which organic agriculture can be one, but not the only one. A 2017 study explores this question by using a food systems model to assess the potential impacts of a 100% conversion of all agricultural land to organic farming and whether this would meet planetary food needs by 2050. The study found that a 100% conversion of farmlands to organic would mean a 16-33% increase in land use for food production, owing to the yield gap between organic and conventional farming. However, when combined with two other systemic interventions – a reduction in animal feed grown on arable land and a reduction in food waste – the shift to organic farming becomes not just viable but possibly preferable to conventional farming. This study goes to show the importance of adopting a systemic lens to assessing the effectiveness of specific tools and the ‘smart mix’ of measures needed to meet multiple sustainability goals in a dynamic food system. We also need more research and data on the trade-offs between environmental sustainability and food security at a global level.

Finally, from a research standpoint, one of the unique contributions of systematic reviews is their ability to neutralise differences in context and provide a meta review of how the approach or intervention performs at an overall level. Such reviews are most useful and instructive when they are founded on a strong base of empirical evidence – both in terms of volume and research quality.  This collection of reviews on the impacts of organic agriculture is a good example of what can be achieved in terms of analytical insight and policy relevance with steady investment in good quality empirical research on the impacts and effectiveness of specific sustainability approaches and interventions. 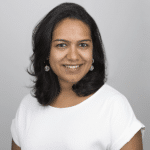 This report first introduced and quantified the “production gap” in 2019, finding that the world’s governments planned to produce far more fossil fuels than consistent with their Paris Agreement commitment to limit…

Climate change poses a serious threat to agricultural production and to many farmers growing the crops that Fairtrade certifies. Fairtrade International commissioned a study to understand the…

Global deforestation rates are slowing, but they are still problematic. Public and private sectors alike are increasingly engaging with…

The climate crisis is a major threat to our food systems, undermining decades of progress in providing more nutritious diets to a growing global population. But it’s these very food systems which c…

Hot topics in governance for forests and trees: Towards a (just) transformative research agenda

We are living in a time of crisis on planet Earth. Urgent calls for transformational change are getting louder. Technical solutions have an important role to play in addressing pressing…

The Summary for Policymakers (SPM) provides a high-level summary of the understanding of the current state of the climate, including how it is changing and the role of human influence, and the state…

Putting the “how” into food systems transformation

The Food Systems Summit, coming up in September this year, is triggering an unprecedented wave of creativity and initiatives to transform food systems. Across this impressive array of ideas and…

Better Cotton Initiative (BCI) were seeking to quantify greenhouse gas emissions of Better Cotton and comparable production to help inform their 2030 strategy. This study has calculated that, based on…

The COVID-19 crisis has changed the world, creating massive economic global disruption. As a response, governments all around the world have dedicated large amounts of public money to counterbalance…

The purpose of this report is to assess the effectiveness of (mainly voluntary) certification for land-based commodities as an instrument to address global deforestation, forest degradation and other…