Assessing and taking stock of tools to mainstream biodiversity for business

Forests and other ecosystems
Plant and wildlife conservation

In recent years, a sudden explosion of tools (standards, metrics, and approaches) has emerged to help businesses measure their performance on biodiversity issues. However, these have developed independently and through a different mix of concerns, with no agreement or efforts to standardise these approaches. This has the potential to weaken their interest by companies, confused by a proliferation of initiatives. More importantly, these tools are being developed separately from government discussions on setting international targets for biodiversity, and it is not clear how they can be used to contribute to achieving these targets.

The new study reviews and compares existing tools and provides insight from a desk review and interviews with tool developers. It examines how they are constructed, how they measure biodiversity performance, how and where they are being used by different businesses and how they contribute to achieving international targets for biodiversity.

How do tools support mainstreaming of biodiversity in business decisions?

How are tools aligned with the Post-2020 Global Biodiversity Framework?

Most of the tools are in alignment (either primarily or indirectly) with the 2030 Action targets which aim to include biodiversity values in policy, to support the assessment of business impacts and dependencies on biodiversity, and to advocate for responsible consumption. Approximately half of the tools are in alignment (primarily or indirectly) with the targets that advocate for reducing incentives harmful for biodiversity, and for increasing the financial support for biodiversity conservation. Mainly unclear, no alignment or indirect alignment was found for the targets which advocate local knowledge integration and support local participation, and the target which supports the reduction of potential adverse impacts of biotechnology on biodiversity.

Where are the most important knowledge gaps?

Dependence on biodiversity is often assessed indirectly, there is a need to develop platforms and metrics to quantify biodiversity dependencies in terms of costs/benefits to the business associated with changes in the state of biodiversity. There is also scope to better incorporate impacts of business activities (positive or negative) on the broader ecosystem (spatial spillover effects). Finally, there are opportunities to integrate historical evidence of landscape change to better assess future biodiversity risk for businesses.

The researchers highlight several actions that tool developers, value chain actors, and governments can take to better leverage standards for biodiversity conservation and benefits for businesses and society. Listen to the Evidensia webinar where we discuss the study’s findings. 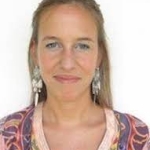 Taking an Integrated Approach for working holistically in the areas of production, demand, and finance, in Brazil, Paraguay, Indonesia, and…

Seeing the forests for the trees: A practical guide for financial institutions to take action against deforestation and conversion risks

The planet’s ecosystems underpin our economic system, with estimates of over half of the world’s GDP being moderately or highly dep…

Assessment of tools to mainstream biodiversity for businesses

Increasing awareness of the scale and characteristics of biodiversity loss has led to high-level prioritisation for policymakers in, for example, the Post-2020 Global Biodiversity Framework (CBD, 2021),…

From commitments to action at scale: critical steps to achieve deforestation-free supply chains

For the past four years, the Accountability Framework initiative (AFi) and CDP (a member of the AFi Steering Group) have worked together to set and clarify best practice for corporate reporting on…