75% or more cocoa farming households do not earn a living income – the income gap is 4,000 USD or more for the poorest farmers which cannot be closed through single interventions

Of the 75% or more earning below a living income, about 40% earns below the World bank extreme poverty line, meaning an incredibly large living income gap for the poorest farmers. The living income gap is about 4,000 USD per year for a ‘typical male-headed household’ (KIT) in Côte d’Ivoire, but it is much higher for other households with below average volumes produced (e.g. because of small farm size and/or low yields). Households led by women are furthermore less likely to earn a living income. The earnings of these poorest households need to at least double to reach a living income, yet  past interventions studied have only been able to increase total household incomes up to a maximum of about 30% – not nearly close enough to what is needed.

Why are these poorest households so poor? Various root causes of poverty are linked to inequality between the different coca farming families. Almost 70% of the households sell 30% of the total cocoa volume. Selling such small volumes does not enable families to earn a living income with cocoa. Low volumes produced are linked to small farm sizes and low yield levels: 22% of the farmers own 50% of all farmland under cocoa, and the average yield of the poorest is half of the average yield of farmers earning a living income. We also see similar inequality in uptake of services. Finally, the diversification potential for earning substantially more to achieve a living income is also linked to farm size and the availability and accessibility of money to invest. The poorest households are generally the most dependent on cocoa as a main income source; there are few alternative income sources for them, and people do not easily move elsewhere for work. Cocoa is the best option for most to earn an income. Finally, cocoa prices are volatile, and from a social justice point of view low and unremunerative.

2.    Mixed earners: Farmers with lower-than-average yield per hectare (e.g. 200-300kg/ha), but who produce on small farms (e.g. 2ha) (about 25% of the farmers). They also have diversified incomes, with which they earn more than the poorest group, but their on-farm diversification potential is limited.

3.    On their way: Farmers with average yield per hectare (e.g. 300-400) and large farm sizes (4-5ha). Because of the larger farm size, and relatively higher income levels than the first two groups, they likely have a relatively high income from other sources than cocoa (about 20% of the farmers).

Looking at these three groups, who make up most of the population, one can see that multiple and different types of support needs to be implemented, by multiple actors at the same time, to succeed in a living income for all types of farmers. There are simply too many barriers that hamper significant income improvements for different groups, for one actor alone to be effective.

There are various types of support that, in combination, can lead to significant income improvements for many farmers. However, for about one third of the farmers earning below the World Bank poverty line (group 1 described above), significant income improvements can only be possible through off-farm diversification and cash transfers (from a social protection program or a company/NGO program), as they are not able to invest enough for significant income improvements. We do note that off-farm diversification is not something that can be easily facilitated and there are also ethical considerations regarding ‘sending people away for work’. Payments for Ecosystem Services could add to incomes, but a question is whether such payments would indeed significantly increase incomes, as farm size is likely a restricting factor. These poorest families should also be supported through measures that improve their quality of life or lead to a reduction in their cost of living, for example improving food security, education, water and sanitation, housing, health (e.g. through healthcare or health insurance) and infrastructure including energy. The other two groups of farmers have different characteristics; supporting them would entail a different strategy even if they live in the same community.

Prices can be effective in the short and medium term, but the poorest benefit least; at scale, price increases and yield increases can lead to oversupply, without supply management

Even if price increases do increase the incomes generally, they have a limited income effect on the poorest farmers because they sell low volumes. For example, the poorest farmers in Ghana would see an income increase of 13 USD per family member per year after the introduction of the Living Income Differential (16% price increase). Even if about 100 USD for a family is an important addition in their income, such amounts close the living income gap only slightly. An unwanted effect of price measures is that it increases the inequality between families as farmers selling much larger volumes, who generally also earn much more, benefit more from price measures. Price increases at scale can furthermore also have an indirect effect on the global market. In situations of over-dependency, both low prices and high prices stimulate farmers to increase their production. The International Cocoa Organisation (ICCO) estimate that a sustained 10% increase in farmer prices for cocoa typically lead to a mid-term supply increase of about 8.7%, while consumption decreases with 1.1%. If cocoa supply increases because of price changes, and consumption does not increase, this may create oversupply, putting a downward pressure on prices again. It would also increase the risk of farmers and actors buying and selling cocoa not being able to sell all their cocoa. Some form of supply management would be required to address this risk. The same risk of oversupply exists for effective productivity enhancement measures., Large enough cash transfers for instance could also incentivize significant cocoa production increase if they are conditional on cocoa production activities or if farmers decide to spend it on improving cocoa production.

Because of the collective nature of several of the root causes of farmers not earning a living income, governments have an important role to set the conditions that ensure social and environmental objectives are met. Government policy change happens in the medium to long term and often comes at a huge cost. Examples of policies are:

1.    Address how the market functions as it leads to low and volatile price levels. Examples are the Living Income Differential (LID) established by the governments of Ghana and Côte d’Ivoire, and the upcoming Due Diligence legislation in the EU regarding human rights and environmental conservation. Another example is supply management measures in the International Cocoa Agreement (ICCA, 1972-1986) that enabled higher prices than after the measures were removed from the 1990s onwards.

2.    Countering commodity dependency by strengthening competitive income alternatives and increase economic orientation towards value-addition instead of raw-material production. This includes education, capacity building and upskilling for people (including future generations) to realize their full potential outside cocoa production.

3.    Land governance, such as tenure, land use planning, and inheritance policies, are important as they can address the fragmentation of farm sizes so that farmers are not left with farms too small to earn a decent income if their family members do not have the opportunity to earn additional income elsewhere.

Towards effective interventions by stakeholders including in multi-stakeholder collaborations

The current insights on the potential of cocoa farmers to achieve a living income indicate that even though single actors can provide meaningful support, collaboration between stakeholders is the most effective way to achieve significant income improvements for the poorest farmers. This, as there are various root causes that need to be addressed at the same time, and different stakeholders have a different sphere of influence, different mandates and different expertise. It is therefore important that all stakeholders from the cocoa sector, governments (from producing and consuming countries), the private sector, farmers and beyond come together to build a shared understanding of the living income challenge. So that every actor can determine where they can have the most impact, but also to develop coordinated strategies to achieve a living income for all. 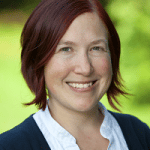