There are an estimated 500 million smallholder farmer families globally, many of whom make up a large portion of the world’s poor. To achieve SDG 1 “Ending poverty in all its forms everywhere,” poverty reduction interventions must benefit smallholder farmers.

The new study assesses the role of standards in improving three dimensions of poverty: access to resources, opportunities and choice, and power and voice. It examines the criteria of 13 widely adopted standards, reviews the latest evidence of standards in practice, and provides insight from interviews with 57 actors in six commodity value chains in six developing and least-developed countries in Africa, Latin America, and Asia.

An in-depth look at the criteria of 13 major VSS reveals high coverage of criteria related to labour rights and working conditions, training and skills development, as well as producer organization and natural resources management, particularly in terms of sustainable farming practices such as soil, forest and water conservation. Some VSSs cover certain aspects more than others, but we see that overall VSS criteria could better address premiums, living income, climate adaptation and mitigation, and the direct involvement of smallholder farmers in decision making and through easier compliance mechanisms. VSS criteria could more explicitly integrate gender equality—for instance, related to women’s access to land, training, and markets.

Do VSSs impact poverty in practice?

Existing evidence suggests that VSS have some positive outcomes on the ground, particularly for aspects with high VSS criteria coverage and supported by national legislation and international conventions.

Studies indicate that VSSs can support access to resources via better prices for certified crops, crop income, improved natural resource conservation, producer organization, and links to supporting actors such as extension and financial service providers and buyers. In some contexts they create opportunities for employment and decent work, and opportunities to manage farmland sustainably (via training on improved farm practices and soil and water preservation). Through their grievance mechanisms and by promoting compliance with labour rights, VSSs can support smallholder power and voice.

It remains unclear whether VSSs lead to overall higher household income, and their impact on land access, diversification, and women’s empowerment appears limited. Producers lack information around VSSs characteristics and how to implement their requirements and do not have direct involvement or say in standards decisions and processes. Evidence related to whether VSSs support smallholder farmers’ access to markets is mixed and remains critical for understanding VSSs’ role in supporting poverty reduction efforts.

Under what conditions can smallholder farmers access VSS markets?

For smallholders to benefit from VSS, they need to be able to comply with and maintain sales to VSS-compliant markets. IISD and UNCTAD conducted 57 interviews with producers, government officials, development organizations, buyers, and financial service providers in six countries and found that smallholder farmers face several key constraints to VSS-compliant market access, including:

Based on interview responses, several enabling conditions must be in place to support smallholder access to VSS markets:

Meeting these conditions is critical for smallholders to sell their products in VSS-compliant markets, and as one interviewee explained, will require “the effort of all actors, public and private.”

The researchers highlight several actions that VSS bodies, value chain actors, and governments can take to better leverage standards for poverty reduction. Read all the research findings and recommendations in the full report here. 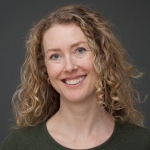 We need all food companies at the table for sustainable change

Whilst pressure on the food sector is mounting, many major companies continue to operate business as usual and not contributing to achieving the Sustainable Development Goals (SDGs). The World Benchmarking…

The climate crisis is a major threat to our food systems, undermining decades of progress in providing more nutritious diets to a growing global population. But it’s these very food systems which c…