A decade ago myself and colleagues then working at CATIE (Tropical Agricultural Research and Higher Education Centre, based in Costa Rica) undertook surveys of certified and non-certified coffee farms in three Central American countries: Costa Rica, Nicaragua and Guatemala using the “COSA” survey format (www.thecosa.org). About 250 farms were surveyed in each country covering the major certification types: organic, Fairtrade, Utz certified, Rainforest Alliance and C.A.F.E Practices.

One of the lessons was the differing conditions between countries, with for example, much stronger differentiation of prices received for certified coffee in Costa Rica and Nicaragua compared to Guatemala (Soto et al 2011). More detailed analysis of farms in Nicaragua demonstrated differences in the types of farms that enter different certifications. Some of these were determined by the criteria of the certification or associated buyer such as Fairtrade (and Organic-Fairtrade) farms being smallholders, and C.A.F.E Practices farms having higher altitude, but others such as differing education levels, perhaps a consequence of the socioeconomic status of farms who had opted in or were selected by their traders or coops to enter certification (Haggar et al 2017).

The socioeconomic conditions of the farmers appeared to strongly influence the investments made by farmers in production and thus economic outcome for them. For example, the larger, higher altitude, better educated farmers under C.A.F.E Practices had the best economic return (as compared to their matched peers). In contrast smaller, medium altitude, less educated organic-Fairtrade farmers had a low investment strategy that resulted in lower productivity but due to receiving a higher price obtained the same net income as their non-certified peers.

In terms of indicators of environmental performance all certifications performed better than non-certified farms for some indicators, but none performed better for all indicators. In general organic had higher tree diversity and soil conservation, Rainforest, Utz and C.A.F.E Practices good water conservation practices. Overall, the analysis from Nicaragua indicated that certification appeared to be effectively differentiating farms with some better environmental practices. In general those farms received better prices, and in some cases better net income by being certified.

Partial analysis of Costa Rica and Guatemala data indicated a similar overall pattern, in particular on the low investment-low productivity strategy of organic producers with some compensation from higher prices. Finally, while the Nicaragua analysis indicated there was a negative trade-off between tree diversity (as a proxy for biodiversity) and economic return for farms that received no certification premium. This trade-off disappeared among certified farms, suggesting the possibility that certification may help to mitigate environmental-economic trade-offs.

About 18 months ago we won some funding from the Global Challenge Research Fund (through BBSRC) to study in more depth the trade-offs between intensification and sustainability amongst coffee farms with different production strategies. The farms studied have mostly been selected from the earlier survey but represent a smaller sample of just 90 farms in each of Guatemala and Costa Rica due to increased investment in the evaluation of their environmental performance.

While this limits comparison among certifications it still permits comparison of certified and non-certified farms in general. Full analysis of environmental and economic performance is awaiting completion of detailed data collection that has been delayed by COVID-19. Nevertheless, preliminary results of farmer reported information give an initial indication of the strategies and trends on certified and non-certified farms.

As a first impression, farmers were asked as to how the economic importance of coffee production for their livelihoods had changed over the previous decade. In Guatemala about 60% of both certified and non-certified farmers indicated the importance of coffee production had declined. In Costa Rica this was reduced to 32% for certified farmers (with 20% indicating that economic importance had increased), while for non-certified farmers 61% reported an economic decline very similar to Guatemala. In terms of sustainability of the production system we consider shade tree characteristics as key in terms of carbon balance, soil and water conservation and biodiversity conservation.

Initial identification of farmer production strategies indicates that more intensive farms use moderate shade levels, while both low and high shade farms have lower intensification of production. Anecdotally one farmer in Costa Rica indicated he had removed trees to reduce the high labour cost of shade management. As regards trends in use of shade, more certified farmers than non-certified reported increasing tree density (Costa Rica 33% vs 20% & Guatemala 43% vs 23%) and tree diversity (Costa Rica 35% vs 18% & Guatemala 30% vs 21%); while about a quarter of farmers both certified and non-certified reported decreasing tree density and about 10% reducing tree diversity.

Reasons given for increases were generally about improving soil and sustainability of coffee production, while reasons for reduction were exploitation of tree products or seeking to stimulate an increase in productivity. Nevertheless, no significant differences were found in reported average tree density between certified and non-certified farms, and tree diversity was only significantly higher for organic farms when separated from other certified farms.

Currently on-farm field measurements are being taken to confirm or otherwise these preliminary findings, as well as conducting full economic analysis of farm performance and potential trade-offs with environmental performance. We hope to evaluate the role that shade may play in determining the farms’ return on investment as well as longer term environmental sustainability for the farmer and society in general. 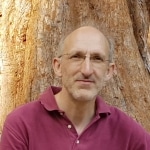