The previous blog discussed ways for governments to upscale the adoption of VSS through public procurement and trade policy. In this blog, we reflect on the desirability of upscaling VSS adoption by exploring important considerations to be taken into account should VSS be further integrated into public policies.

“The integration of VSS in public procurement and trade policies can scale up their adoption, but we must also ensure that small scale producers and businesses are not left behind because of stringent VSS requirements that they cannot meet.” said Isabelle Durant, deputy head of UNCTAD, which coordinates UNFSS, a group of five UN agencies that promote VSS.

Public procurement and trade policy can be looked upon as instruments for market transformation towards sustainable development. For this purpose, they can integrate VSS and thereby upscale their adoption. Yet, among other issues, the perceived higher costs of sustainable options make it difficult for developing countries to look beyond value for money across the entire product lifecycle. Scaling-up VSS through sustainable public procurement and trade-based instruments is thus easier said than done as it raises a number of issues. These include capacity issues within VSS systems, the possible impacts resulting from the growing number of VSS, the implications for recognition systems, the risk of over-certification, and possible distributional effects. This blog discusses each one of these implications.

Most VSS schemes recognize organizations that are responsible for accrediting certification bodies to perform assessments of conformity with standards. Yet, the Flagship report highlights that some VSS remain actively engaged with certified entities in order to ensure compliance with standards. This might imply that some VSS can only certify a limited number of companies and are not necessarily interested in certifying as many as possible.

A VSS governance model which only involves independent certification bodies for granting certificates and handling complaints can therefore more easily cope with a significant increase in demand should VSS be further integrated in public policy. However, even in these cases, a sharp increase in demand for certification could pose challenges, such as a lack of time to conduct proper and correct audits, an insufficient number of qualified auditors, and/or ensuring that the auditors are sufficiently competent.

Increase in the number of VSS and recognition of VSS

VSS are currently concentrated in a few sectors (mainly in the agricultural sector) and there are no (or very few) VSS for products obtained through public procurement. Further integration of VSS in public policy might therefore lead to the creation of additional VSS, which could in turn create confusion on the market and see an increase in VSS that are pure “greenwashing”. A proliferation of VSS also raises the question whether a regulatory framework should be developed which deals with the recognition of credible VSS. While there have been calls on the WTO to adopt such a framework, it could also arguably disrupt the voluntary nature of VSS. This leads us to a third point.

Convergence and divergence of recognition systems

Recognition systems to distinguish between credible and non-credible VSS are currently emerging and generally involve requirements related to three different dimensions of VSS schemes: (1) what standards are set, (2) how standards are set and enforced and (3) value chain requirements or tracking methods.

VSS do not necessarily aim at certifying as many companies or producers as possible, but rather at creating certified markets. Hence, a key challenge for them is to have enough buyers in consumer markets. Integrating VSS into public policy might thus generate too many certified goods of which not all will be sold or marked as such on the market. There are some indications that there is already an oversupply of some certified products on the markets and some certified products are thus being sold without a certificate, which defeats the very purpose of VSS.

Lastly, it is important to consider possible distributional effects of upscaling VSS adoption. Studies have shown that VSS could potentially be a catalyst for trade, but also a barrier. Indeed, being certified involves two types of additional costs for economic operators: the cost of becoming certified, and the costs related to adjusting production practices in compliance with VSS standards. These costs can undermine the ability of producers – typically from least developed countries (LDCs) – to comply with or adopt VSS. This problem, which is referred to as “stuck at the bottom”, results in some producers in LDCs being excluded from VSS dynamics and from export markets. Considering VSS in public policy might therefore bring such distributional effects.

To summarize, the 4th UNFSS Flagship proposes five key steps that countries can take to integrate VSS into public policy:

-Incorporate VSS within the trade regime with a database that uses the Standard International Trade Classification to provide an overview of the commodities covered by the standards.

-Avoid the proliferation of VSS systems through ensuring convergence of recognition mechanisms.

– Conduct political dialogue on the benefits of scaling up VSS.

And for developing countries

Sustainable development calls for concerted efforts due to its all-encompassing nature, but developing countries face difficulties in achieving it due to their limited resources. Sustainable public procurement and trade policy can not only drive the adoption of VSS on an international scale, but also strengthen their design, helping developing countries reap more long-term benefits of sustainable development.

These series of blogs have explored the current trends in VSS, the role governments can play in upscaling their use through public procurement and trade policy, as well as the important considerations to further integrating VSS in public policy. Scroll down to access the previous blogs in this series and the Flagship Report. 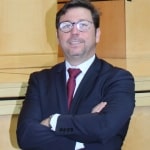